TEXSAR members gathered at McKinney Roughs Nature Park outside of Bastrop, Texas, in January for their Annual Meeting and Training weekend. Because of a grant from a generous foundation, the members were able to attend this event at no cost to themselves.

Texas Ranger Smith discussed critical information concerning evidence preservation. He shared ways in which members should be mindful of not impeding investigations by being informed.

Deputy Police Chief Herman talked about the role TEXSAR played in bringing closure to the family of Ms. Billie Jane Lewis. He shared the story of how his first phone call with West Texas Team Leader Dawn Keller turned into a successful recovery. He reinforced his department’s lifelong respect for the work of Texas Search and Rescue.

With drones entering the Search and Rescue arena as the up and coming tool, Gene Robinson, author and UAV pilot, talked about his extensive experience with drone technology. He took the group through several hypothetical SAR-related scenarios which reinforced the belief that deploying the newest models increase success rates and efficiency.

The major event affecting all of Texas in 2017 was Hurricane Harvey. TEXSAR members were deployed across the state during the event, including in the town of Wharton, Texas. TEXSAR members helped the citizens during the disaster but also assisted with some recovery efforts after the event. TEXSAR partnered with the Wharton American Legion to bring a bit of Christmas to the citizens who lost everything. Johnny Gonzales shared how TEXSAR’s service during the disaster saved lives and gave hope in Wharton’s darkest hour.

In addition to the amazing speakers, training sessions were also held on such topics as:

A highlight of the Annual Training weekend each year is a Simulated Incident. This year team members participated in SAR exercise, based on a fictitious plane crash scenario.

Outstanding team members were recognized for their willingness to go “above and beyond” expectations.

As the TEXSAR team grows, we are dedicated to maintain the high standards of training and certification, to ensure we are prepared when called upon. 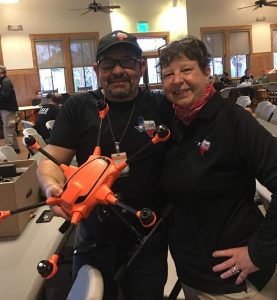 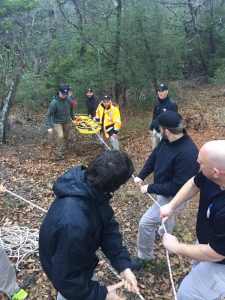 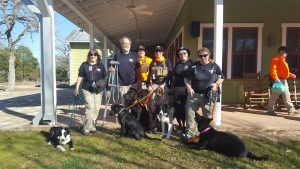 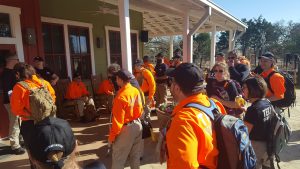 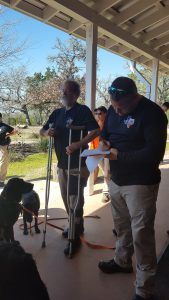 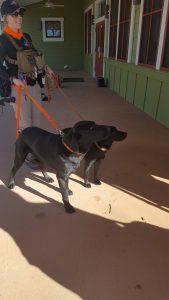 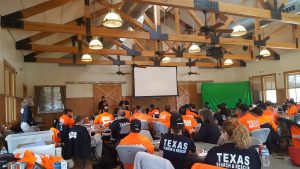 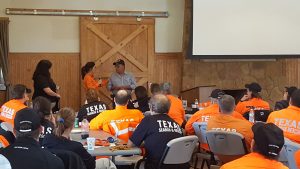 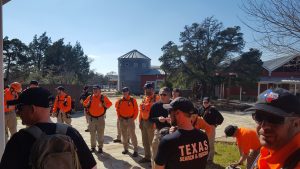 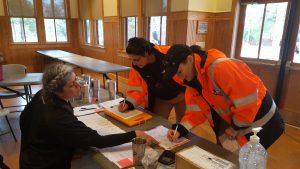 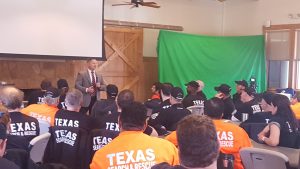 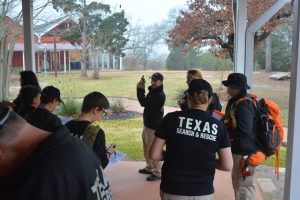 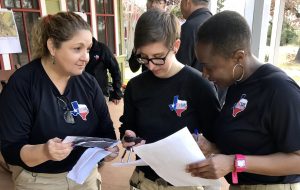