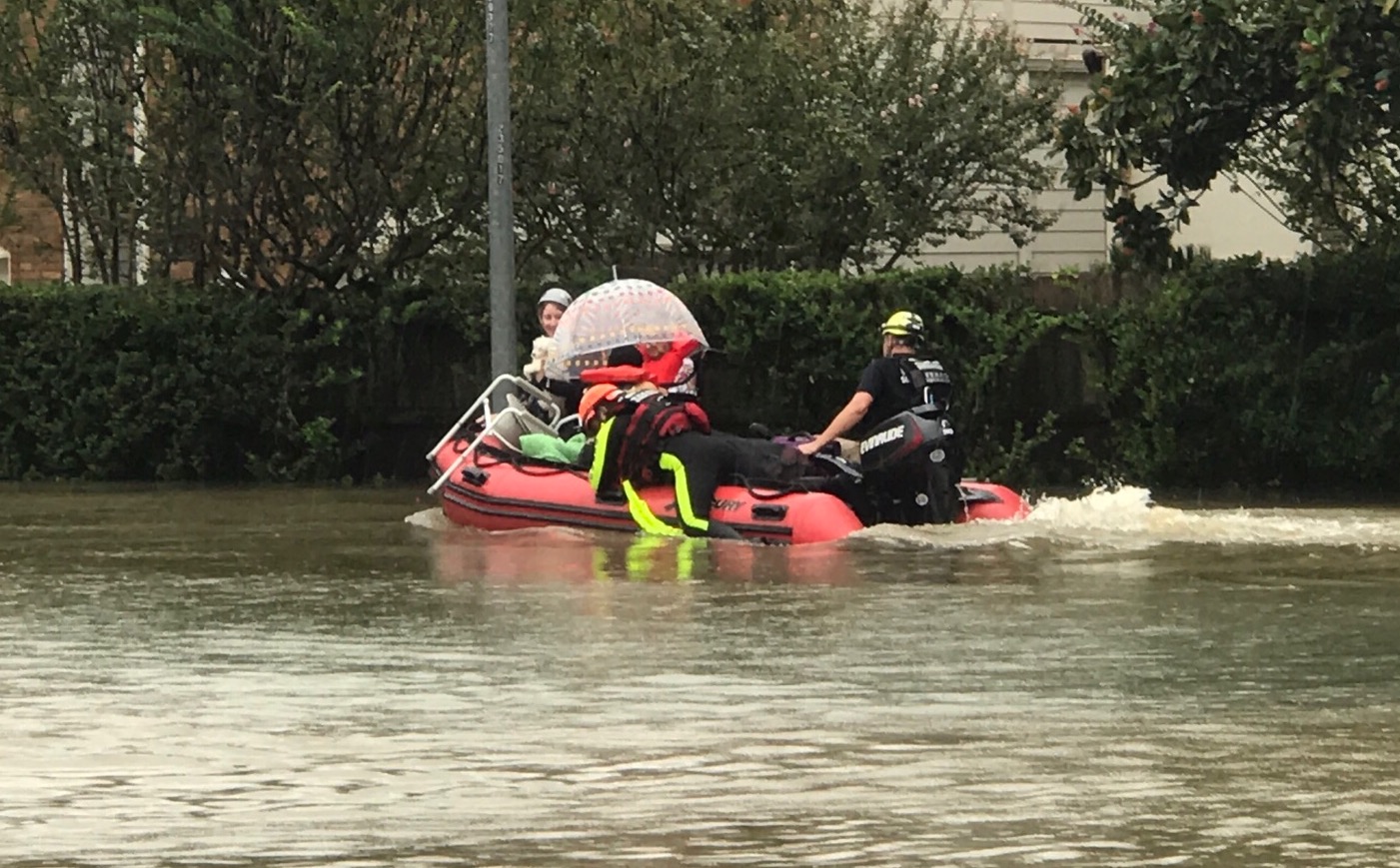 Our team was in Hedwig Village in Houston on Tuesday August 29th and were deployed to help residents leave from a flooded neighborhood.  Greg, our team lead, received a message from base operations who had heard from the niece of an elderly woman with some dementia who was living with her nurse in one of the flooded homes.  The niece was worried about them and had heard the nurse wanted to leave but the 92-year-old aunt refused. Steve, my rescue partner, and I went to the home and met up with two Houston Police Officers who were trying to convince area residents still there to evacuate due to the expected additional flooding that would further effect this neighborhood.

When we reached the home, the nurse told us that they would not be leaving and she did not seem receptive to talking with the officers.  One of the officers had taken a very firm stance with her, understandably, and told her no one could likely come for them later. It was a very tense situation.  I decided to try a softer approach and told the nurse that, personally, I was very worried for both of them and asked if I could speak with her patient, Mrs. P.  When I entered the house, the nurse told me it was Mrs. P’s son who told them to stay because he did not want his mother to go to a shelter due to her condition and he was unable to get to Houston to help. I asked them about other options and found that the nurse’s home was not flooded; I asked the officers if we could get them transportation there and they confirmed they could.  The nurse asked me to talk to Mrs. P’s son and he finally agreed this was a good decision. I realized when talking to him that he didn’t understand how bad it was.

So, after this we had to convince Mrs. P.   She was in her bed with her little poodle, Miss Georgina.  Mrs. P said that Miss Georgina would have to agree. So, I picked up the dog and talked to her and told Mrs. P that Miss Georgina told me she wants to leave because there is no place for her to go to the bathroom outside.  Mrs. P was convinced and we were able to get them out shortly afterwards. The Houston police officers were very appreciative.

Below is a picture of Miss Georgina and me, and a picture that someone took of us leaving by boat.  Between the poodle, the nurse, and Mrs. P. with the umbrella over her head, I felt like we were the SAR version of Driving Miss Daisy. 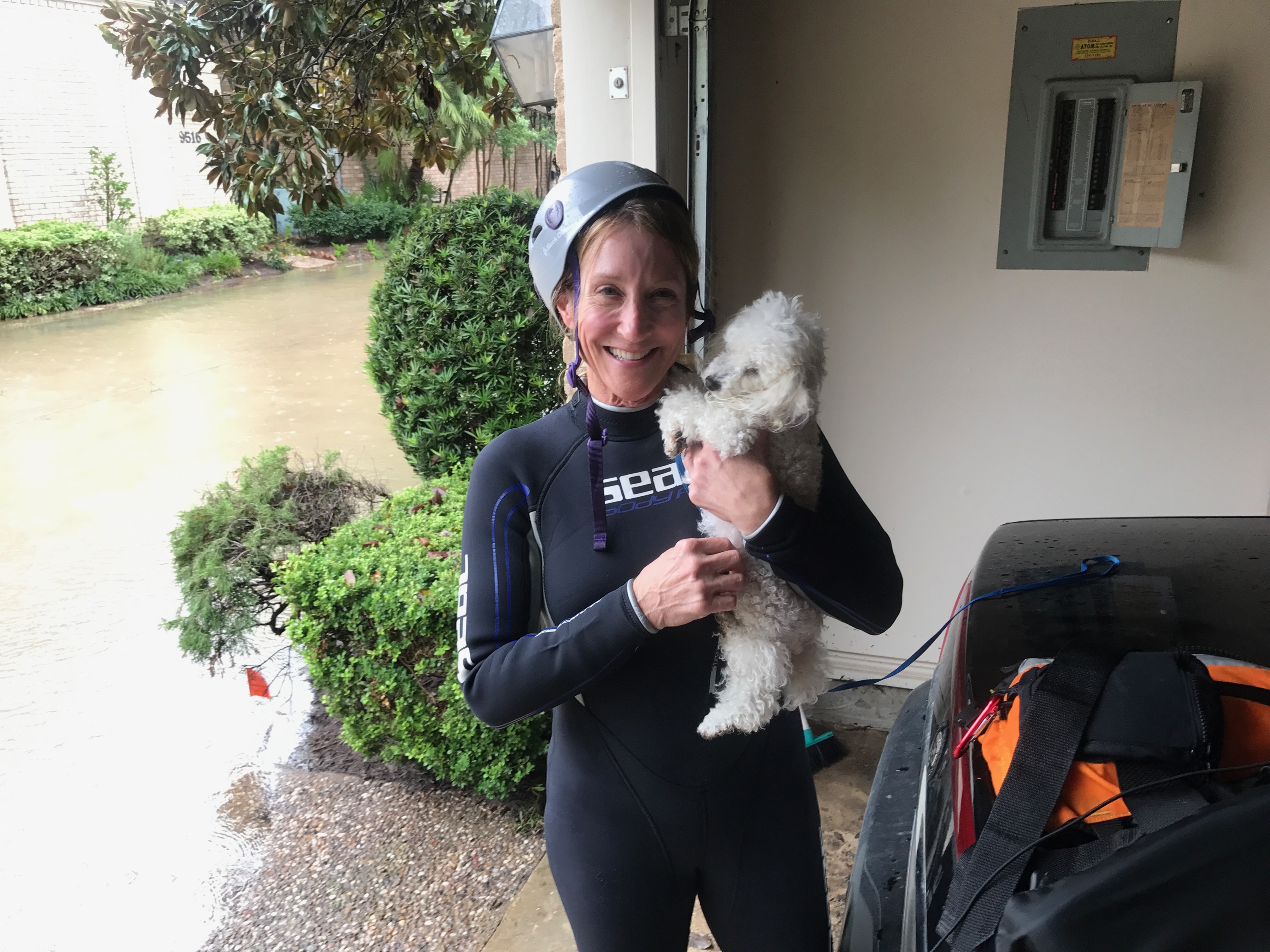